NBN will begin rolling out its network to cities including Sydney, Brisbane, Hobart, Fremantle, and the Gold Coast, with the company warning of disruptions as it needs to access existing infrastructure.

This will cause some interruption in connectivity in larger scales. 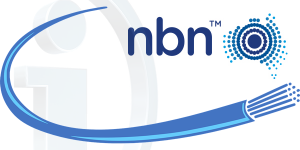 The company rolling out Australia’s National Broadband Network (NBN) has warned of possible civil works disruptions after announcing that it will begin extending fibre and cable broadband into major cities this year.

Much of the disruption will occur as NBN needs to gain access to pits and existing infrastructure within high-density cities.

“As the NBN network rolls out into cities, we will be met with new problems to solve,” NBN CEO Bill Morrow said.

“We understand there will be some disruption for residents and business owners as the 14,000 people working across NBN and our delivery partners complete the task as soon as possible.

Some of the cities in which NBN will begin construction or switch on its network are Sydney, Campbelltown, the Hills District, Warringah, and Randwick, New South Wales; Brisbane, the Gold Coast, and the Sunshine Coast, Queensland; Hobart and Devonport, Tasmania; Fremantle and Bassendean, Western Australia; Salisbury and Onkaparinga, South Australia; and Moonee Valley City, Boroondara City, Casey City, Glen Eira City, and Knox City, Victoria.

In terms of further disruption, the Australian Communications and Media Authority (ACMA) published research in December revealing that the process of becoming connected to the NBN is adversely affecting 43 percent of businesses.

Just 22 percent of businesses said the NBN connection process was smooth, while the most common complaint from businesses was “ongoing service issues”, according to the ACMA.

The Telecommunications Industry Ombudsman (TIO) also revealed in November that consumer complaints about the NBN doubled during 2015-16, up to 13,406 complaints.

“We saw nearly a 100 percent increase in the number of NBN-related complaints this year, but the rate of growth is lower than the growth of active services,” Ombudsman Judi Jones said.

“Delays in connections to the network, faults including unusable services, and dropout of services were regularly reported, which is of concern.”

The TIO said the increase in complaints was “expected” due to the accelerating NBN rollout.

The most complaints about NBN services were in relation to connections, including connection delays and missed appointments; and faults, including slow data speeds, dropouts, and unusable services.

NBN also announced on Wednesday that the network is due to “almost” reach its halfway point by June 30, with 5.4 million premises expected to be able to connect by then.